The M6 pull plug or tugplug is a parallel sided pullplug used in electroplating and anodising applications. It is suited to masking applications where immersion is part of the process. Due to the way the plug fits the holes, it creates a seal at either end reducing ingress from coating fluids.

The M6 Pull Plug is easily fitted by passing the tail of the Pull Plug through the hole in the component and pulling on it when it reaches the hole. This has the effect of stretching the body, reducing its diameter, allowing it to be drawn into the hole requiring masking. Once far enough in, the tail is released, allowing the body of the TUGPLUG to expand, sealing the hole totally. The part can now be processed. Once the fi nishing operation is complete, the TUGPLUG is removed by pulling on the tail again, drawing it out of the hole.

TUGPLUGS can be reused time and time again. Any build up of coatings can be easily removed by rubbing between finger and thumb, or by rumbling.

Pull Plugs can be used in many finishing operations ranging from electro-static powder coating, E-Coat, wet paint, to anodising and plating. 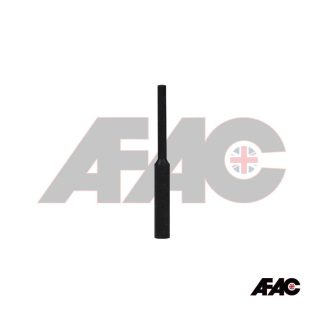